"There's fashion in that there Palace Grand!" 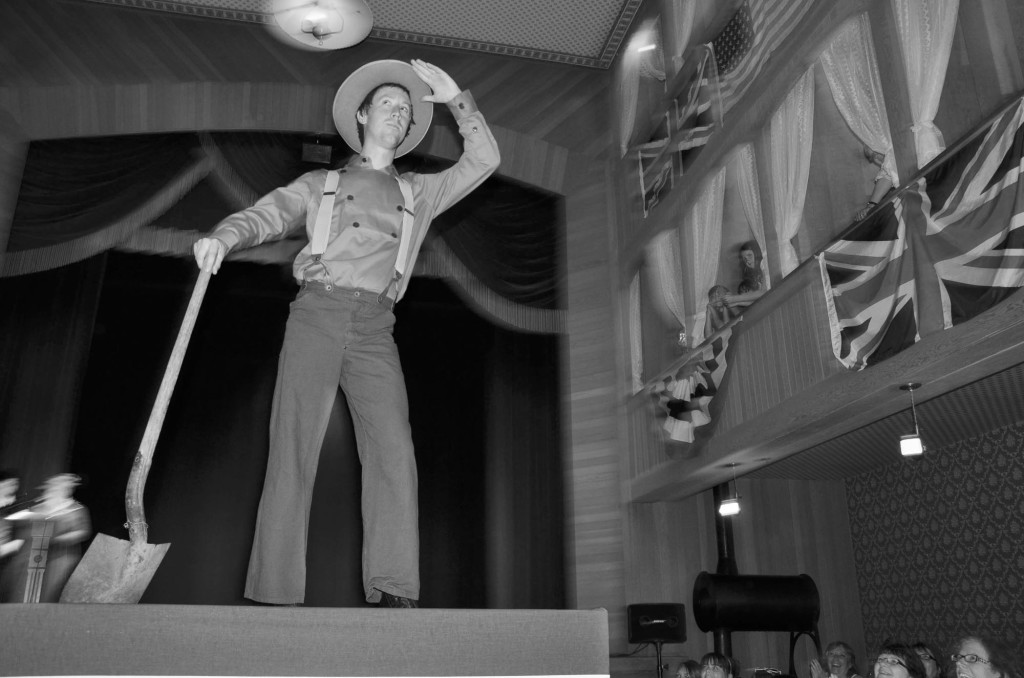 Dylan Meyerhoffer shows off what the stylish miner might have been wearing during Goldrush times at the Parks Canada Fashion Show.

Parks Canada is doing a number of new things this year to help celebrate its 100th anniversary, and the Klondike National Historic Site is pleased to have been named one of the top five Parks sites by the Canadian Tourism Commission being included in the CTC’s new Signature Experience Promotion.

As part of local celebrations, KNHS assembled a fashion show during the first week of this season’s operations to coincide with the Gold Show. The event, held at the palace Grand Theatre, was well attended.

In past years the costumes worn by Parks’ interpreters have tended towards the Goldrush era to 1920 range and much of the show featured these costumes: women’s daywear, miner’s and shopkeeper’s outfits, business wear, RCMP uniforms and even swimwear.

It was noted that there was a great deal more variety in the women’s wear category and that men’s wear did not change much over the years.

An addition to the costuming this year is a selection of clothing from the late 1930s. This will aid in the interpretation of the SS Keno, which is actually from that era rather than the earlier time period. A number of costumes from this period were displayed by staff.

No Dawson fashion show would be complete without a display of the sort of formal wear that appears annually at the Commissioner’s Ball. In this case, the men’s tuxedos were distinctly different from their daily attire. All the women’s dresses had something in common: their creator. Debbie Winston has been designing ball gowns for Dawsonites for many years and made all four of the gowns in this show.