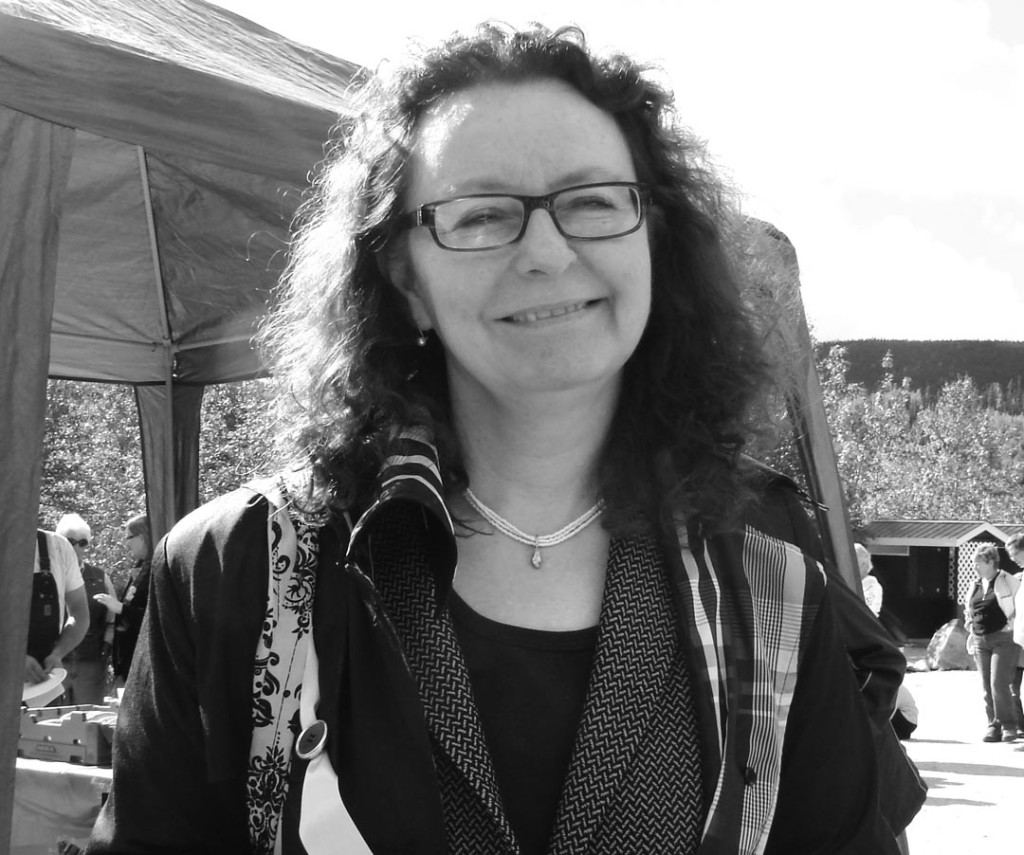 A project like the revival of the Discovery Claim and the creation of its new interpretive trail doesn’t happen without a lot of cooperation and organization. Sometimes excellence gets noticed and rewarded. As a sidebar to the rededication of the trail, Klondike National Historic Sites Superintendent David Rohatensky finally made an announcement he’s been waiting almost a year to make public in a big way.

“Last year, the chief executive officer for Parks Canada, Alan Latourelle, made a presentation to one of our staff, Paula Hassard,” he told the 170 plus people at the ceremony.
“Paula received the CEO’s Award of Excellence for her contributions in fostering and supporting the work of the Discovery Claim team.
“The CEO’s Award is the most prestigious award that is given to Parks Canada employees and the CEO emphasized that when he was presenting the award to Paula it was not just to recognize her but to recognize the work of all the partners in this collaboration.”
Alan Latourelle wrote, “The partnership between Parks Canada, the Klondyke Centennial Society, the Yukon government, First Nation governments, and various stakeholders was instrumental to the success of this complex project.
“The end result was the development of a site which conveys a powerful sense of place for visitors and locals and creates an emotional connection to both the physical place and to the historic events that happened. It is with sincere thanks that I congratulate Paula and all our partners for this extraordinary achievement. It’s a source of pride for me and for the Parks Canada Agency and should be for you as well.
“I commend you for your dedication and look forward to many tomorrows of teamwork and success.”