The Nutcracker Comes to Town 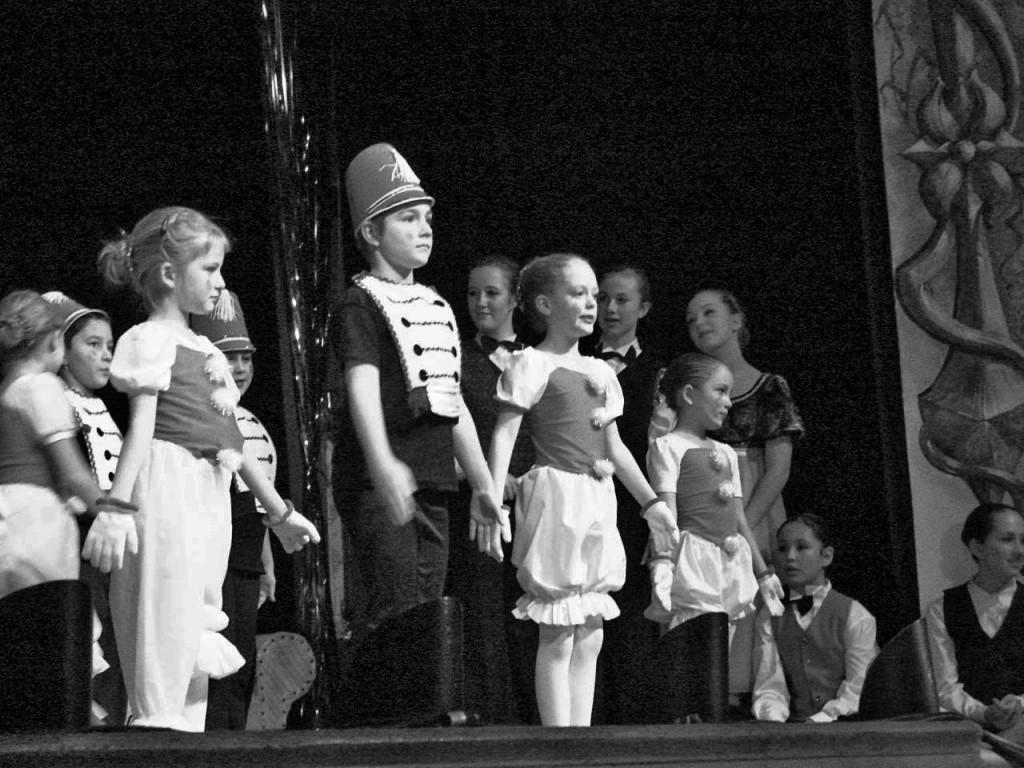 Diamond Tooth Gertie’s was packed on the afternoon of Sunday, December 4,  when the Northern Lights School of Dance (NLSD) brought its performance of “The Nutcracker” to town. The Klondike Institute of Art and Culture collaborated with the Klondike Visitors Association in bringing this seasonally favourite ballet to Dawson for the third year in a row.The story of the Clara and her Nutcracker’s nocturnal adventures in battle with the Rat King originated with the German writer E.T.A. Hoffman, though the version of the story that Russian composer Pytor Illyich Tchaikovsky turned into a ballet is based on a French translation by the elder Alexandre Dumas.

The ballet is an extremely simplified version of a much more complicated tale which is available is many text versions, including an illustrated book over 100 pages in length, illustrated by famed children’s book artist, Maurice Sendak, who once designed costumes and sets for a production of the ballet.

The NLSD puts on an impressive production of the show, especially considering the youth of the performers. In Dawson some of the smaller roles were in fact filled by local children, who were rehearsed and prepared for the show by NLSD choreographers.

Some local adults were also drafted for the party scene in the first act of the show.

The Dawson production is, in some ways, a dress rehearsal for the four matinees and evening shows which were staged in Whitehorse on December 9 and 10.

The production could not be staged or performed outside of Whitehorse without the assistance of the government’s Arts Fund and the Department of Tourism and Culture.