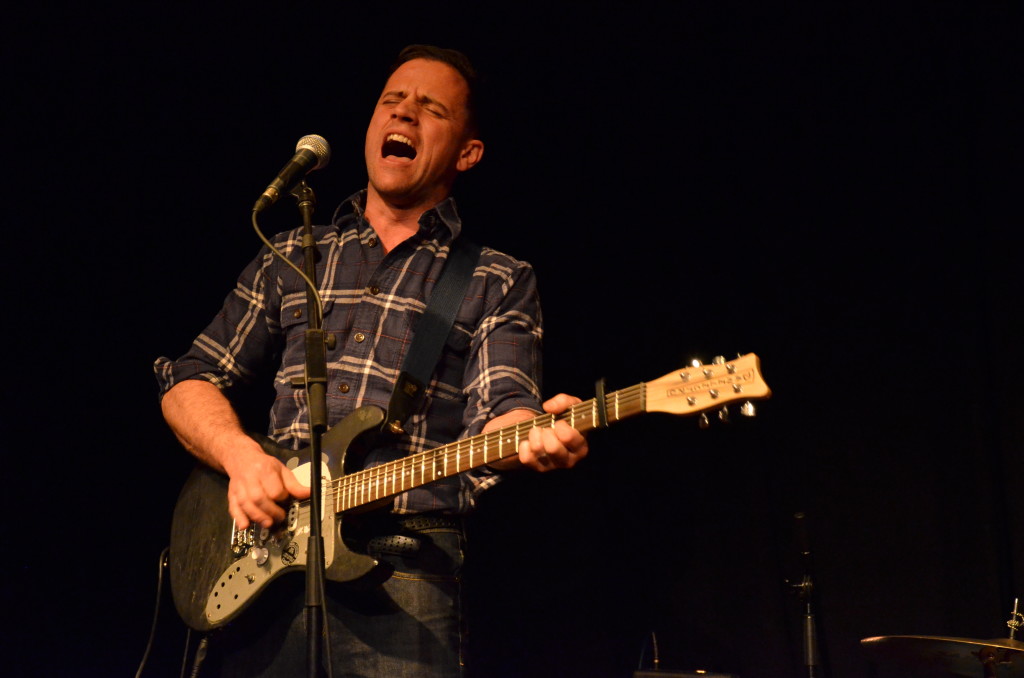 Old Cabin performed at the Odd Fellows Hall on Friday, January 20, and it was awesome.

Old Cabin’s members include Johnny Rodgers (on drums), Jona Barr (on guitar, the lead singer), Fiona Solon (on bass guitar and back-up vocals), Micah Smith (on the lap-steel guitar and regular guitar), and Ryan McNally (on guitar, lap-steel and banjo).

Starting out with a haunting intro, they burst into sound and it grew louder and louder and louder until it enveloped your soul. Then, it calmed down as Jona began to sing. Jona, by the way does most of the writing of Old Cabin’s songs.

They had just come from Whitehorse where they had played to a crowd of 25 . Dawson rocks! We had over 40 people and it was over 40 below! It was well worth the freezing walk to hear this band.

The drummer, Johnny, was so focused. He had impeccable timing and a feel for his drums. With brushes or sticks or even shakers, he knew what to use and when to use it. His sense of touch sent shivers up your spine. He even played the glockenspiel!

Fiona, the bassist, played strong and steady with a very relaxed pose (like all excellent bass players).

Micah and Ryan traded places frequently, one playing the lap-steel, and the other the guitar or occasionally the banjo. Micah played some wicked lead guitar, but I think he’s kind of shy because he never looked at the audience, perhaps he was just concentrating.

Ryan was pretty quiet as well, focusing on the music, which I might add was perfect, timely, and clearly played. He even played one song with a bow!

Jona got into a train wreck out of a tree fort and he lost it in a fit of giggles, but like he stated, “it took them weeks to practice that @#%& up”. 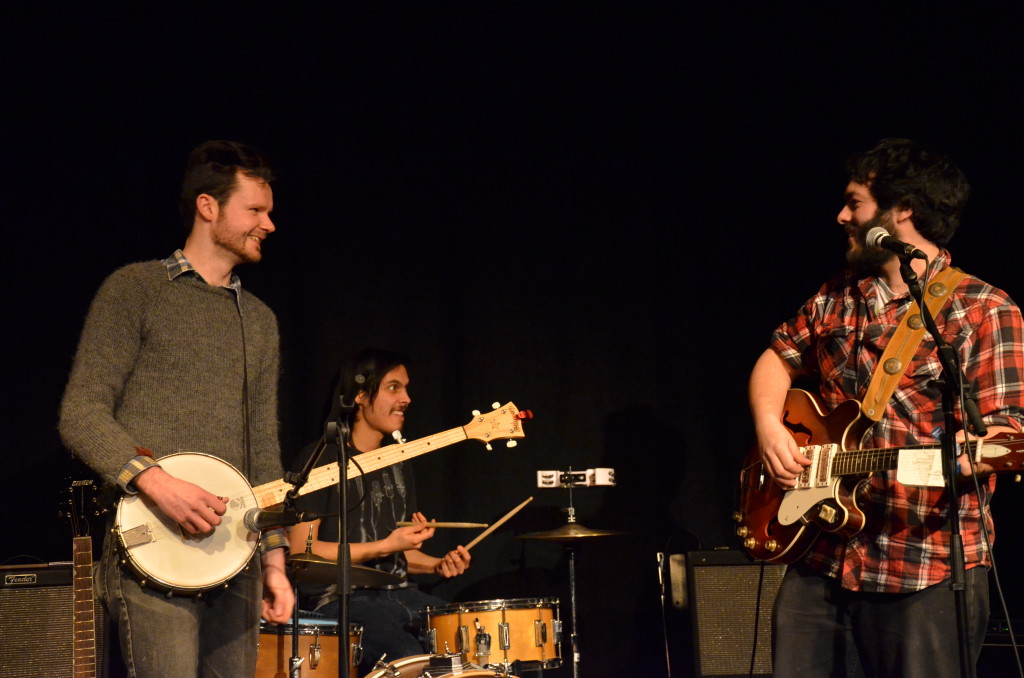 Most of their tunes started on a haunting note, like their intro, then they broke off in a celebration of pure music and sound. There was no specific glue or leader that held the band together – every one of them contributed their all.

At one point they had the whole audience singing! They are really entertainers AND musicians. Jona provided most of the humor with Fiona acting as his side-kick, although Johnny got a good laugh out of the crowd when Jona and Ryan went off on a duet trip and he (Johnny) didn’t know where to go, but they pulled it off well.

Oh, just as a side note, Jona sings with his eyes closed most of the time, and in his socks. And Micah still doesn’t look up!

Now, if this wasn’t enough, Old Cabin was followed by one-man show, Greg MacPherson. Believe me, one man was enough – he was incredible.

Greg came out onto the stage and rearranged it to his liking, and then he pulled out his Danelectro (American-made 1999 to 2000, he wasn’t sure) “souped-up” guitar. I’m talking totally, he could even play the back of the neck of his guitar.

Greg possesses a voice with a beautiful deepness and resonance. As a matter of fact, he has two voices – one soft against the mike, and another where he stands away from the mike and just belts it out.

His expressiveness while singing, like looking up when he says “stars” or “above”, entraps you. As a matter of fact I was so struck I barely wrote any notes!

He played a new song, “Brothers”. It started out with strong lead rifts that turned into a sad lament, that turned into a blast of power that shivered your soul. The pure volume and sustainability of his voice? All I can say is “WOW”.

This man is fulfilling his dream and his dream is coming true.

(We must remember though, none of this could of been done without the help of Matt, our sound man. Thanks, Matt!)

One Response to Old Cabin and MacPherson Rock Dawson