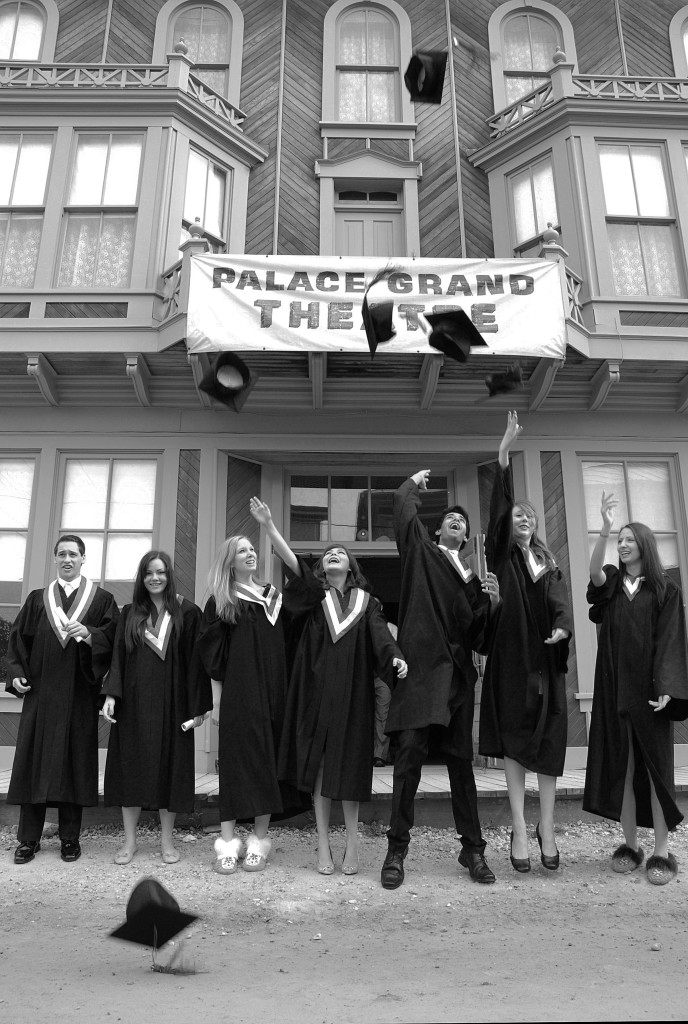 “To accomplish great things, we must not only act, but also dream; not only plan, but also believe.” -Anatole France.

A round of applause greeted the grads as they went on to stage. They are proof of our community’s spirit, of the love for our kids, and we wish them the best of all possible lives.
Deputy Chief Clara Van Bibber, who thought it was an honor to be here, expressed her thanks to the elders, administrators, parents, and teachers. She told the new adults they were wished the best and told them to keep their eyes on the trail that will bring them back.

Bursaries were given by the Masonic Lodge, during which  the former students were reminded, once again, that this was their home.

Mr. Sandy Silver (MLA _ Klondike) reminded the kids/adults that they have seen so much in their life. They saw O.J. Simpson being arrested, they witnessed the massacre in Nevada, they heard of the Y2K bug, and saw the Blair Witch film!

The graduates were then informed that the 21st Century would be based on relationships, on “How to treat each other,” on cooperation amongst themselves.

Cheyenne Rear had a wonderful Valedictorian Address, which will be published in our next issue (June 27th). She had an awesome quote from Dr. Seuss!

The Grads paused as their pictures were taken AND this time they didn’t walk out by the fire escape! All the guests, parents, and teachers waited outside for the “Hat Toss”, sharing their thoughts of love and pride.

There were several babies in the crowd, future graduates to be, it was a celebration of the whole community and I was proud to be part of it.

They made it! In this time of the century to be able to graduate is very special, wonderful, and exciting. Keep the faith and remember, like you could ever forget, this is your home and you are always welcome.