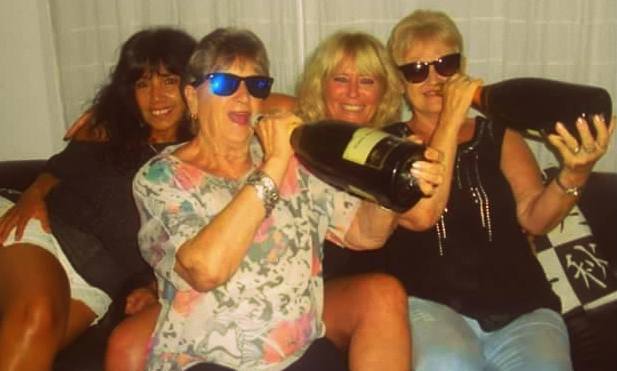 Fabulously tanned and ready for the Brindis! Credit: Romina Marinig

When I spent my first Christmas in the Yukon, I was so absolutely thrilled to actually experience all of those iconic Hallmark card moments associated with the holidays that were so different from anything else I grew up with in South America. I wanted to bake ALL the cookies, make ALL the snow angels, wear ALL the ugly sweaters, sing ALL the carols. I felt like all those snow globe dreams were finally materializing: I could taste them, and touch them, and wear them. I had my first REAL tree, from a REAL forest, at the age of 25. And, I’m sorry, but I ain’t never switching back to plastic.

To go from that first idyllic winter wonderland Christmas in Dawson, back to a southern one, felt sorely out of tune. Like watching your favorite movie, but dubbed in a foreign language. Some things are better here than there, and some other things are better there than here.

A hot summer New Year’s Eve under the firework-ridden sky, wearing sequins and partying until the sun comes up? Yes. Point for Argentina. A sweltering Christmas without all the cosiness, the fireplace, the mulled wine, the Elvis Christmas CD, the scent of spruce needles and twinkling lights against the snow? Nope. Point for Canada.

However, as it happens with anyone who recently immigrated to a new country, distance makes all those silly things about home so much more endearing, and nostalgic impulses make you want to force feed a failed batch of turrón (Spanish nougat with almonds) to your Canadian friends, in an attempt to bring a little bit of your past into your present. Well, this article is just that. 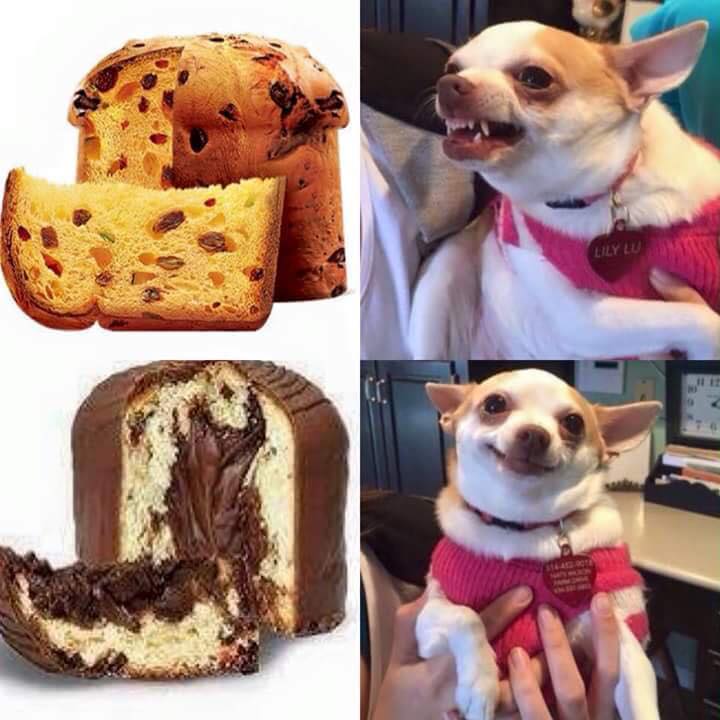 Which one would you choose?

Recently, an Argentinean meme depicting a cute Chihuahua dog reacting to two different kinds of Panettone or Pan Dulce (perhaps Italy’s answer to fruit cake?) popped up in my facebook feed, making me cackle so hard I startled my cat. One of the Pan Dulce featured the traditional candied fruit flavor, while the other (more pleasing to the dog and to anyone with taste buds) is a modern Nutella filled version. I was out of breath, my eyes filled with laughter tears. My Canadian husband, sitting beside me, couldn’t understand what elicited the magnitude of my response: “I mean, it is cute, but, why is it THAT funny to you?”

The answer to that question is in my childhood Christmas memories, in Argentina. Memories of desperately picking those disgusting pieces of candied fruit out of your Pan Dulce slice and quickly hiding them in your napkin, before your Nonna can see you desecrating this time-honored holiday treat. Those horrid nuggets of despair are NOT fruit, Nonna. 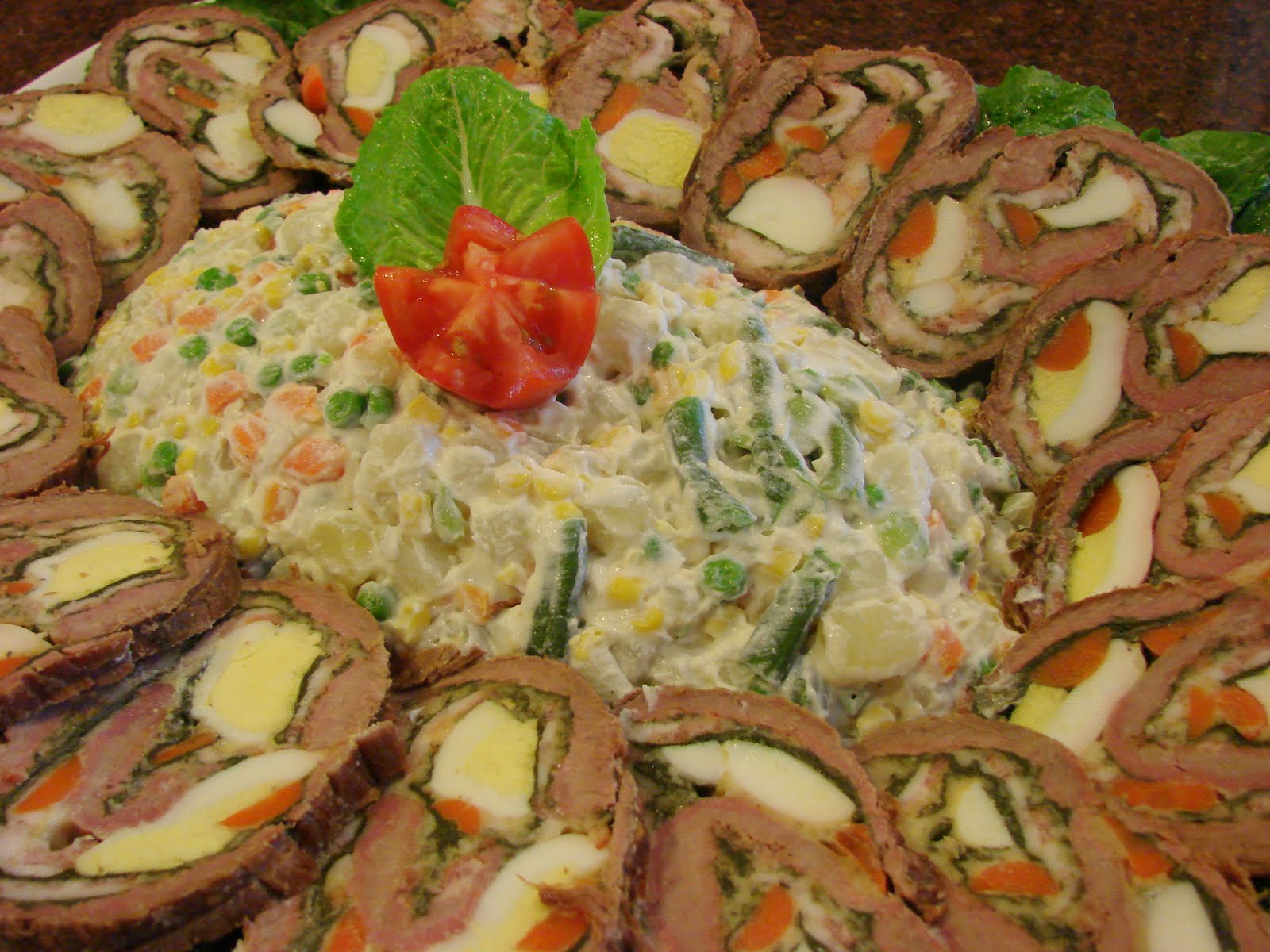 This is matambre surrounding a “Russian salad” glistening with mayo. My mum’s is better.
Credit: La Nacion

Candied fruit has been traumatizing Argentine children for generations. The sheer thought of it can give an Argentine adult vivid sensory hallucinations of chewing the unchewable chewiness of those pieces of nothing. Candied fruit is what I think soylent green tastes like. Nevertheless, when December rolls around, we buy it. So help us, Baby Jesus, we buy it in bulk. But why? WHY, MOM? Because, well, it just isn’t Christmas without Pan Dulce.

This madness is a result of our European background, which puts things like rich and fatty Italian and Spanish winter delicacies on the tables of people that spend Christmas Eve in no less than 35º Celsius. We wear thin linen dresses and flip flops paired up with our Santa hats, and it takes your Dad exactly 2 minutes after the champagne toast to get rid of his tie and fan himself with a paper plate. Yet, we eat nougat, panettone, bundt cake, marzipan and (by this time molten) chocolates.

Some illuminated minds realized that maybe it makes more sense to have something light and fresh like fruit salad for dessert, and everyone quickly embraced the change. However, we still keep the heavy, doughy, nutty, sugary traditional sweets on our table, even if they are barely touched. Except for Mantecol – that stuff is like crack. 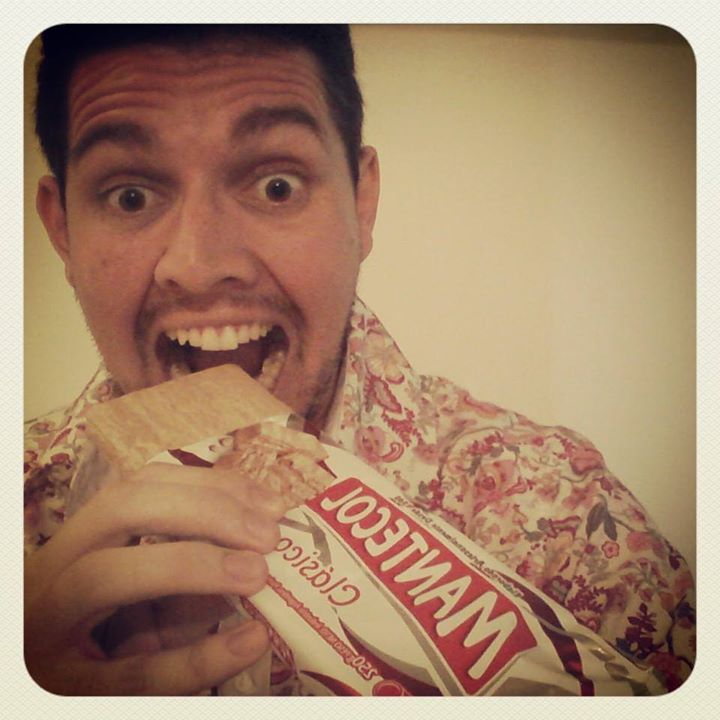 Mantecol is similar to Halvah, and boy is it ever good.
Credit: Eze Marzano

The main courses don’t follow much logic either, consisting in vittel thoné (boiled veal chilled and served with a tuna and caper sauce…somehow, it isn’t hideous) and what is called Russian salad (basically a glorified potato salad with carrots and peas), both dishes caked in so much mayo that your arteries shiver at the sight of them.

I can’t help but scoff at turducken posts on the internet. Those people obviously never heard of matambre: strips of flank steak overlapped and stuffed with layers of grated carrots, herbed bread soaked in milk, hardboiled eggs, peppers and sometimes ham (sure, add more meat to the meat), all rolled tightly and tied, to be later boiled and pressed (my mother’s matambre press looks like a medieval torture device) to pack the ingredients together.

This monstrosity, whose name literally means “hunger killer,” is later sliced, revealing its colorful layers straight out of a 1950’s cookbook, and served with (you guessed it) more mayo. I was lucky that my mother is a matambre wizard and always served perfectly cromulent slices, whereas for some other less talented households, chunks of matambre falling all over the place can trigger a Nochebuena meltdown. 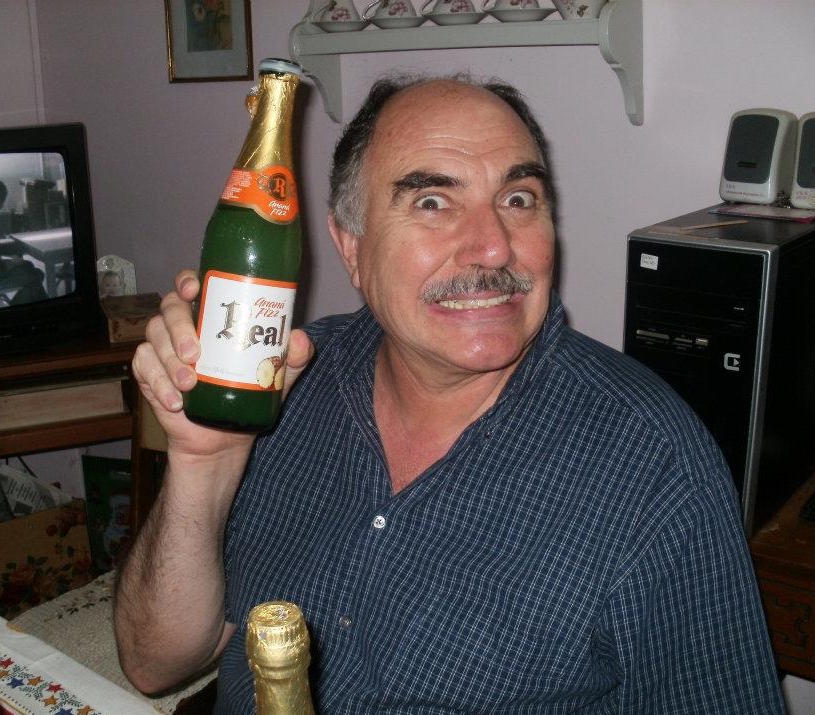 Other honorable mentions of traditional feasts are “Mayonesa de Ave” (literally “Bird Mayo,” it resembles chicken salad but fancier), “Pionono” (a semi-sweet spongy log, filled with ham, peppers and…*sigh*…MAYO), “Farolito Chino” (meaning “chinese lantern” because of its accordion-like appearance, it is a crepe tower with different savoury fillings in each layer…stuck together with mayo) and, my personal favorite, “Lechon” (slowly roasted suckling pig served with…chimichurri…HA! You thought I was going to say mayo!). I knew my husband loved me unconditionally when he silently chewed a neon yellow piece of pionono at my family’s Christmas table. I have no idea why a country with superb food has such retro taste for holiday classics.

If you are about to succumb to the heat and cholesterol overload, fear not, libations are in order. It’s time for a frosty glass of champagne, or a whole 1 litre bottle of cider while sitting on the sidewalk, if you are keeping it “Real” like I do (“Real” is the cider brand name. I tried to make a pun). For the little ones, Real also makes non-alcoholic pineapple “Fizz” packaged in champagne-like bottles, you know, because introducing kids to the glamour of alcohol is a great idea. When the clock strikes Midnight on Christmas Eve (or Nochebuena), we have a toast, or as we call it, “Brindis”. “Brindis” doesn’t really mean anything in Spanish; its etymology is uncertain. Maybe it comes from “Brin dis…bottle over here”.

But whatever your poison is, it better have foil on its tip, and when you pop the cork you better do it in style: the thing has to FLY. One of my best Navidad moments was when I got a cider cork all the way across the street into the neighbour’s yard, and everyone cheered like I had hit a homerun. There is a superstition that says if the cork hits you, you will get married in the next year. It is also likely you will lose an eye.

A curious fact is, Real cider corks happen to be the perfect size to act as tub stoppers for a Pelopincho (an unique kind of backyard pool that comes apart and can be stored in winter), inside of which most of us will be spending Christmas day, nursing our hangover. The best part? The kids will be sleeping in, because in Christmas Eve we open presents only after midnight, and children play with their new toys until passing out from excitement at like 1 am. It’s a WIN-WIN.

And if you didn’t get what you wanted for Christmas, no worries, the Three Wise Kings have your back, since if you are of Spanish origin, you get ANOTHER gift-giving holiday on January 6th. They put gifts inside your shoes and their camels (or your dog) drink the water you leave for them. Magic.

But the real fun started around the 90s, when someone thought copying North American holiday aesthetics was a good idea. Argentinean Christmas customs became even more riddled with baffling contradictions, that the season became a comical parade of “This makes no sense” moments.

For example, I never actually saw snow until I was 18 years old, but I saw tons of fake snow in mall Christmas displays. Which is especially funny if you take into account that malls at that time are selling summer clothes and bathing suits. You think being a mall Santa is tough? Try being a mall Santa in Summer, in one of the most humid regions of Argentina, sweating under that plastic beard, surrounded by kids that don’t know how to act around you, because they are not used to Papa Noel just showing up and asking them to sit on his knee. Weird.

I remember one December display in a huge mall that featured Santa Claus shaking hands with Diego Maradona, holding the World Cup in his hand. And you haven’t seen true Christmas cheer until you’ve seen a giant empanada dance to “Jingle Bells”. 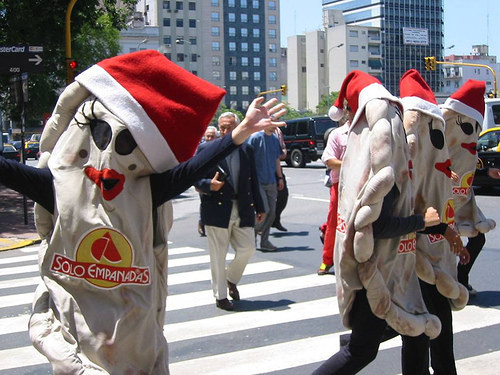 “I’m a delicious meat pie and I came here to show you the true meaning of Christmas!”

Images of candy canes, gingerbread men, reindeer and snowflakes abound in products being marketed in South America, but no one I know back in Argentina has ever tasted candy canes or gingerbread, and we have snowy mountains but certainly no snowmen in December. Reindeers are just not a thing you see around our pastures, and it would make far more sense if Santa was a jolly gaucho in a horse drawn carriage, that would put lumps of candied fruit in your alpargatas if you were naughty that year (and a jar of mayo if you were good?).

But there is one thing we all have in common, no matter which side of the Equator you spent the holidays in, one thing we hold dear. One thing that, in the middle of a particularly stressful Christmas with my family, saved my husband and me from desolation: watching Home Alone, every December. “Feliz Navidad, inmundo animal” is the Spanish translation of that infamous Home Alone quote. Feliz Navidad, ya filthy animals.

This entry was posted in Arts and Culture, Events, Photos. Bookmark the permalink.