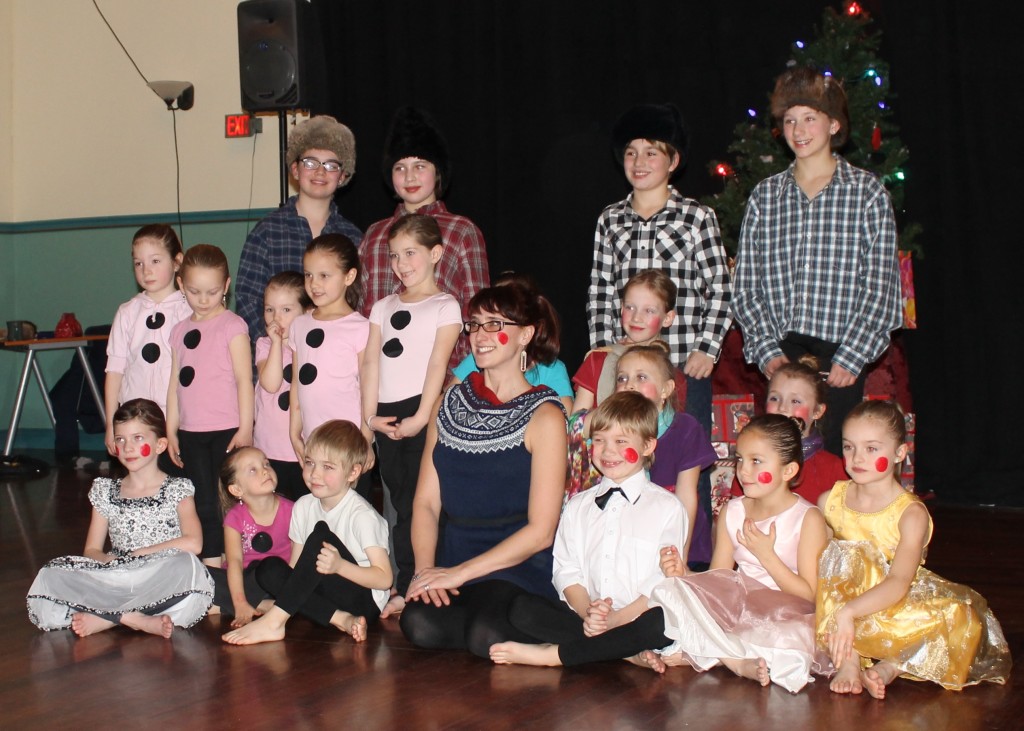 When the weather locked Dawson City in the deep freeze and it became clear that the cast of the Northern Lights School of Dance production of “The Nutcracker” would be unable to make its annual pilgrimage to Dawson, those locals involved in the show began to wonder what to do. After all, the Dawson part of the cast had been rehearsing for weeks under the watchful eye of Northern Lights’ Rebecca Reynolds.

With the bus unable to make the trip Reynolds and the parents decided to give the kids a chance to show what they could do.

“Everyone pitched in. I think that’s how it goes in Dawson.”

The show was renamed “Nutcracker Lite” and featured just the portions of the ballet in which locals had parts. In fact, Reynolds had to recruit some slightly older kids to fill in for the visitors, since the upper age limit for young local extras for this show tops out between ages 7 and 9.

Participating parent Lupin Bulmer said that there were about 15 parents involved in helping to pull this short presentation together. All the real costumes would have arrived on the bus so substitutes had to be devised. In addition, Reynolds had to figure out just what to do with vastly reduced numbers. Some of the dance scenes in the full production fill an entire stage, and she had at most half a dozen performers for each segment.

“I don’t know quite how, but it somehow came together,” Bulmer said. ‘The kids had a lot of fun.”

The show took place in the Oddfellows Hall ballroom rather than Diamond Tooth Gerties. The abbreviated Nutcracker lasted only about 17 minutes from start to finish, but people also enjoyed visiting, taking pictures of the cast, and snacking at the goodie table for some time after the dancing was done.

One Response to Cold Weather Brings Dawson the Nutcracker Lite