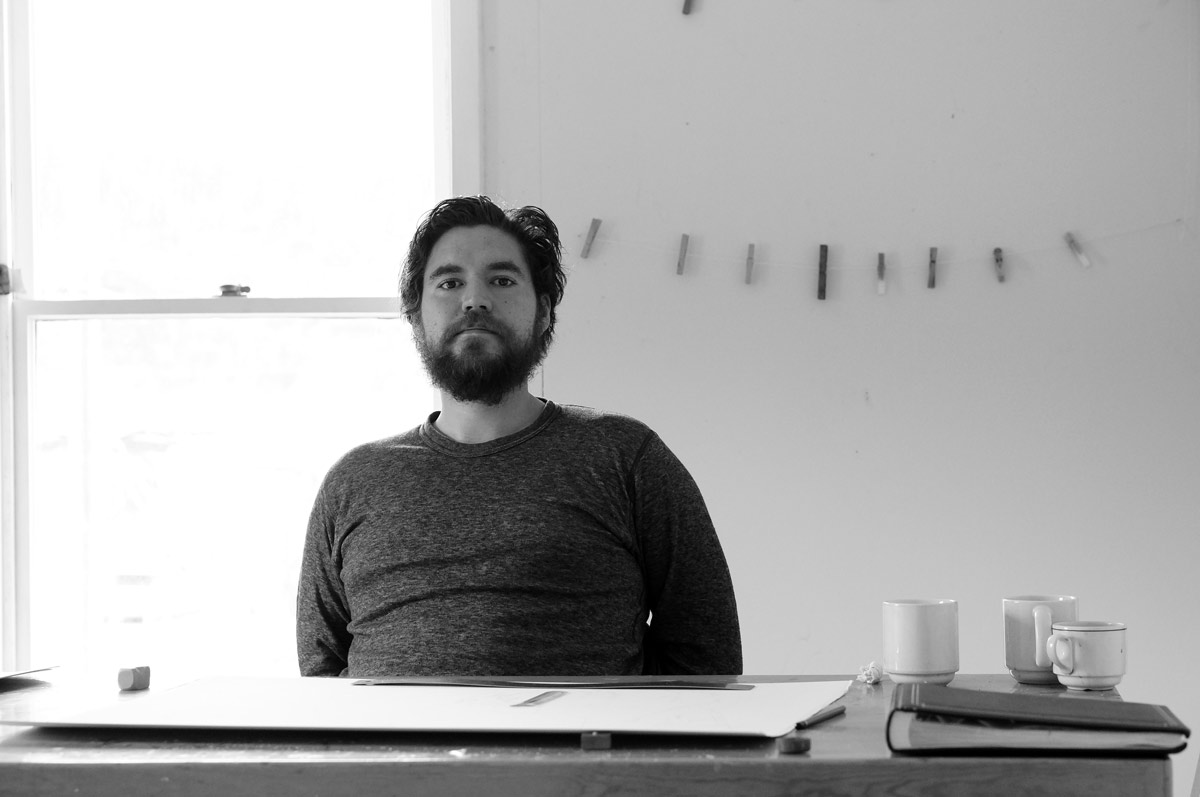 Joseph Tisiga in his studio space at the Macaulay Residence, Dawson City. Photo by Christopher Healey

This is the second of The Klondike Sun’s new podcast feature, featuring an interview with Whitehorse based Artist Joseph Tisiga.

Tisiga was in Dawson City recently having been invited to participate in Yukon SOVA’s Indexes of the Land, Aboriginal Artists Lecture-Workshop series. Largely a self-taught artist, Tisiga works primarily with watercolour paintings, photography and site-specific installations and performances. He is represented by Diaz Contemporary in Toronto. 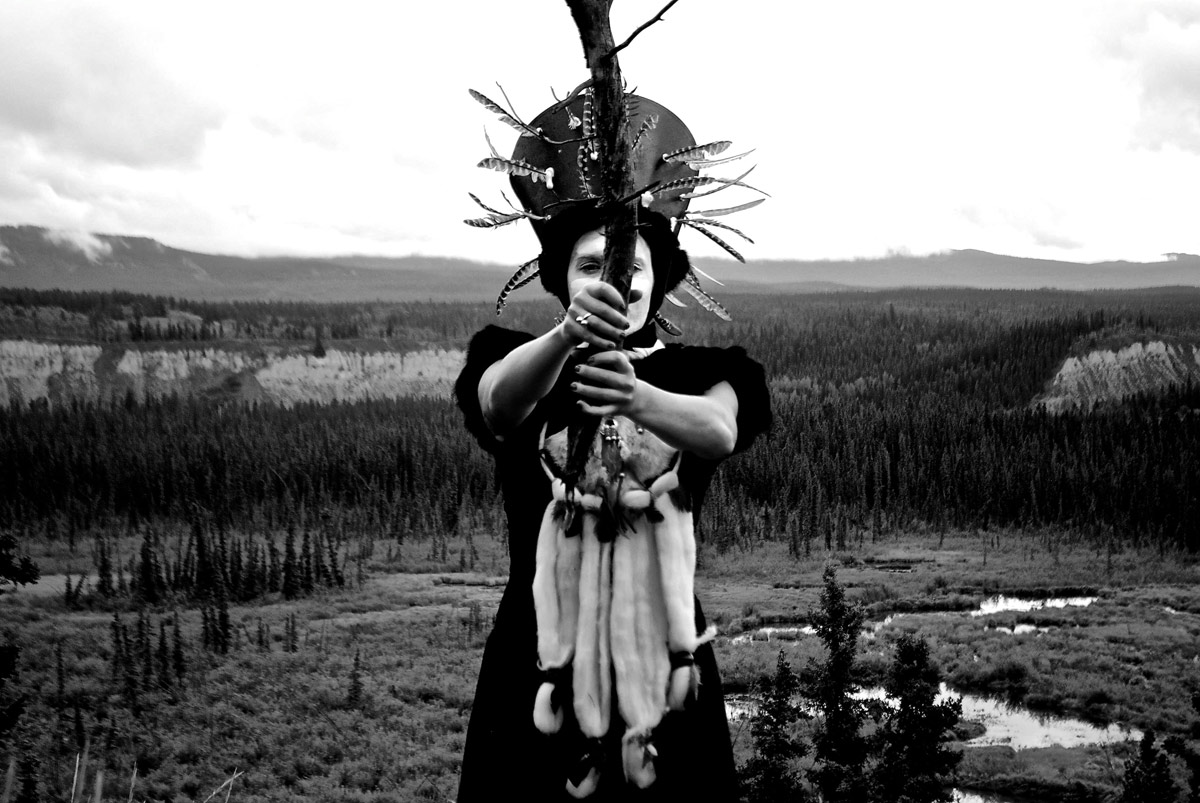 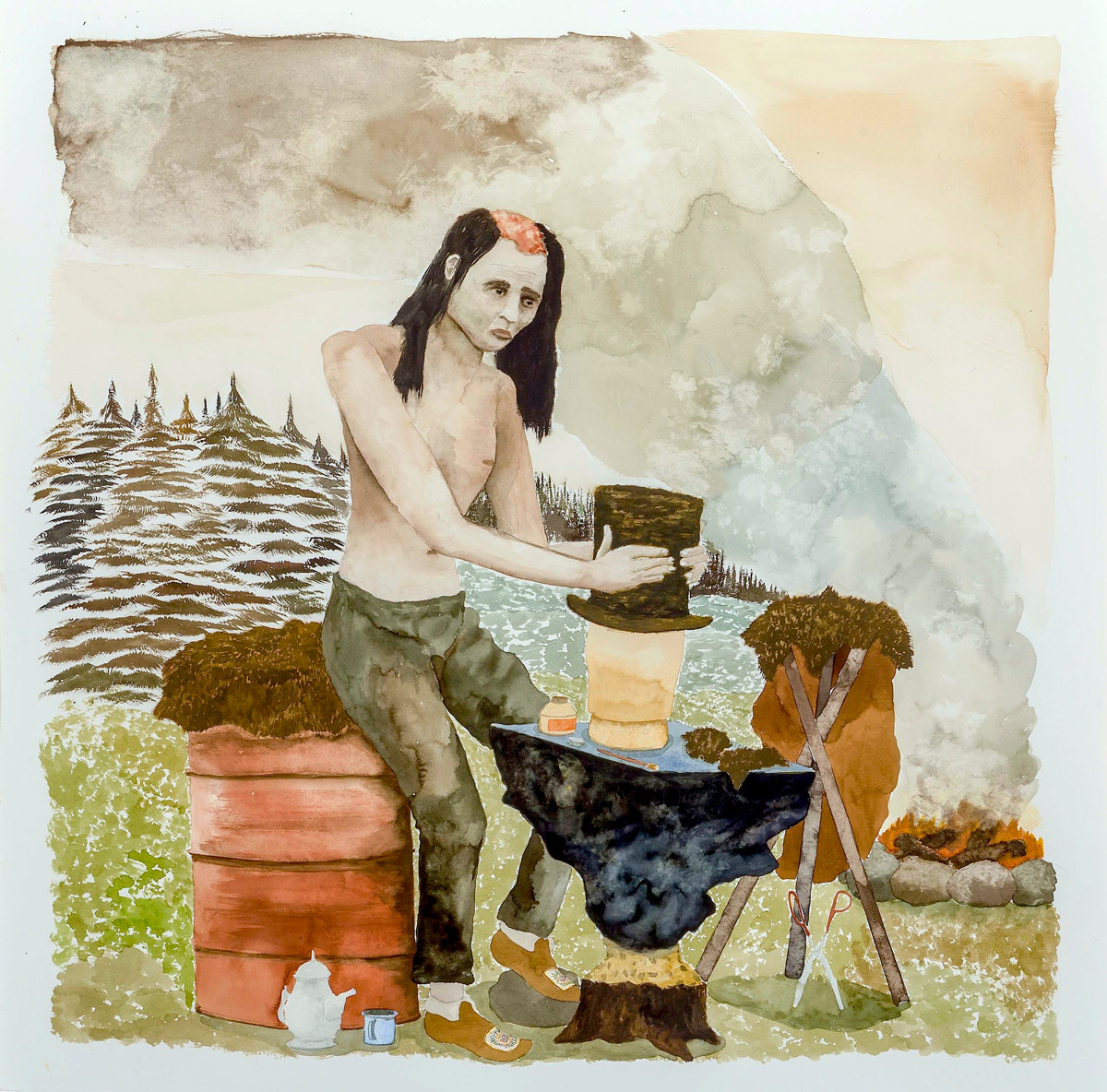 Tisiga is an articulate and curious person, seemingly thriving on work that challenges various historical themes and cultural expectations. His work is difficult to label and in turn he is respectful of the difficulty of labelling the world around us and our place in it.

Having visited and worked here previously, his affection for Dawson City is palpable. A sense of the historical significance of the Klondike and of the receptiveness of this community reinforces Tisiga’s artistic fascination with themes of space and identity. 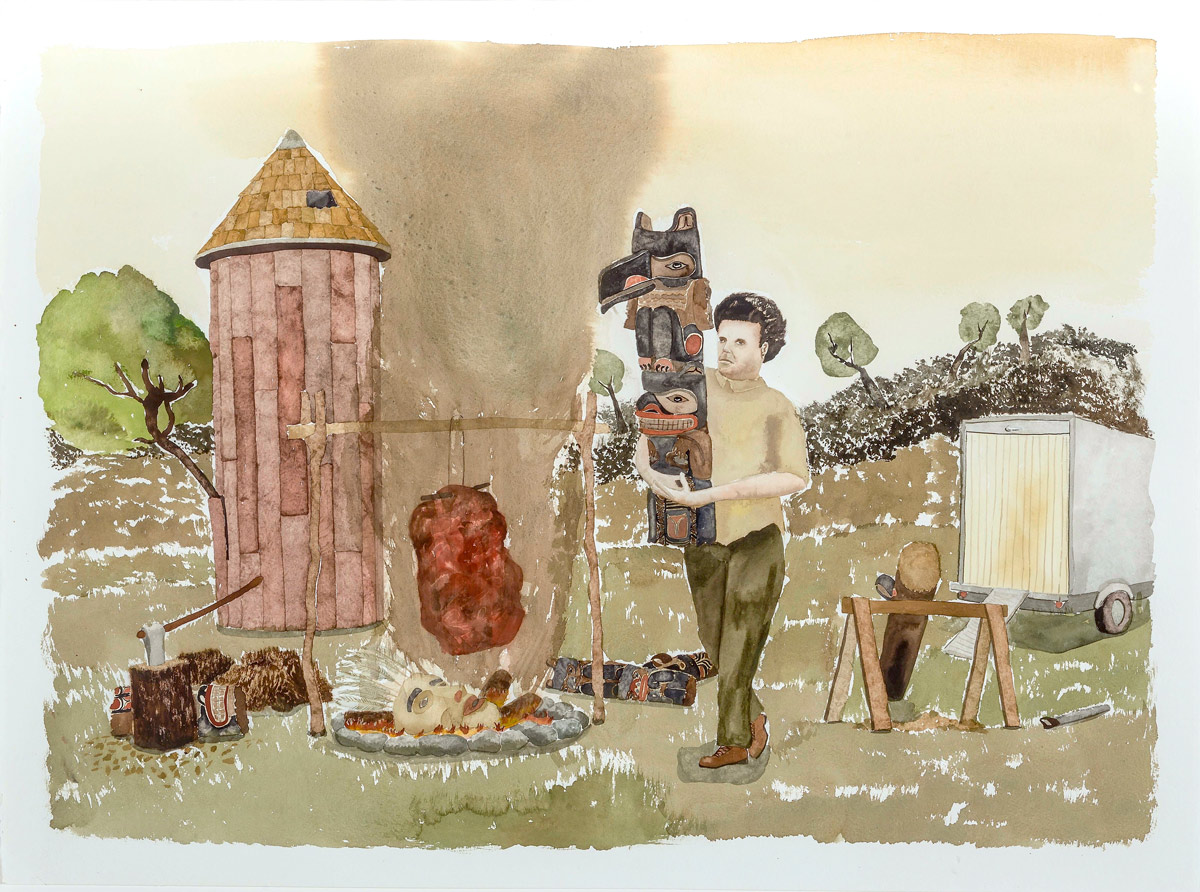 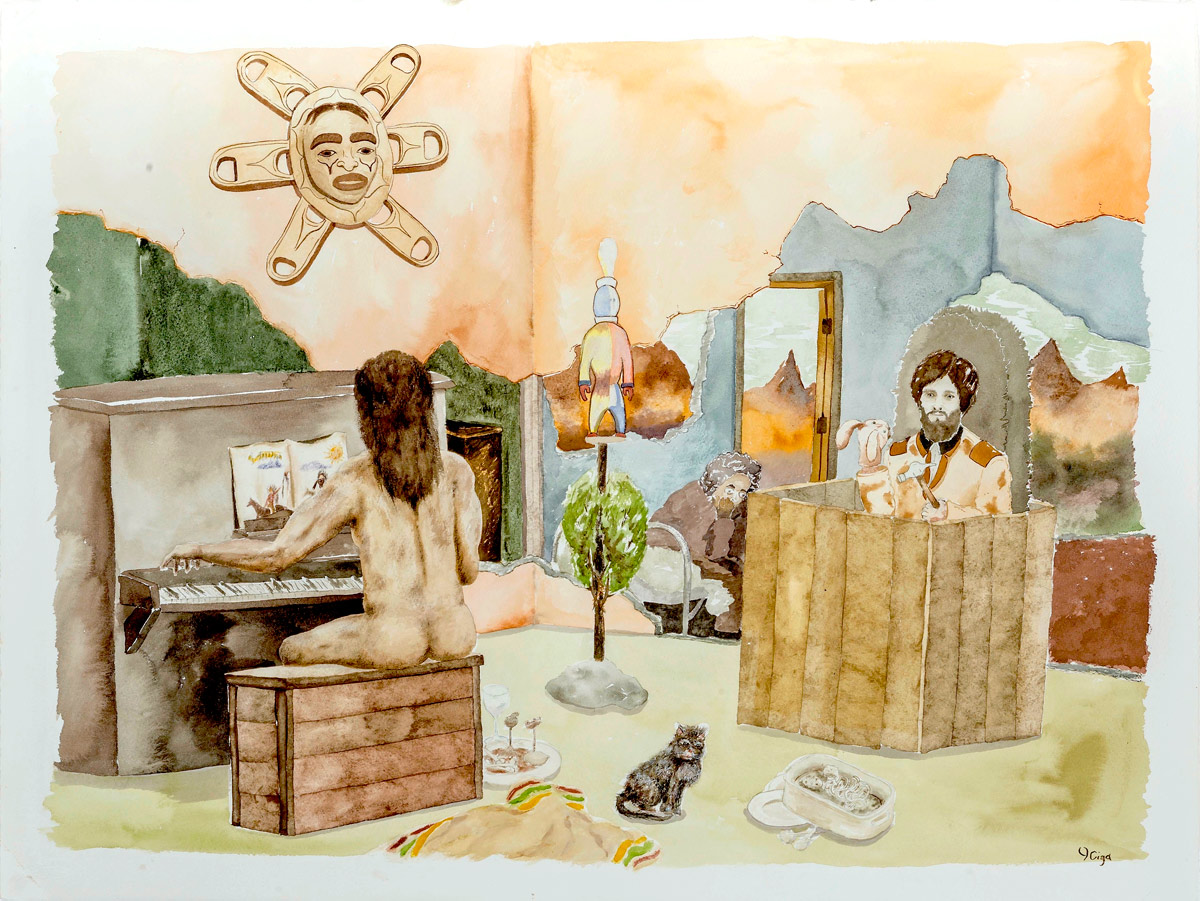 Playful but serious. Surreal but socially critical. An artist who produces paintings but does not identify as a painter. Listen to our conversation and you’ll note how Tisiga, and his art, thrives on questions and contradictions that occupy our shared landscape. 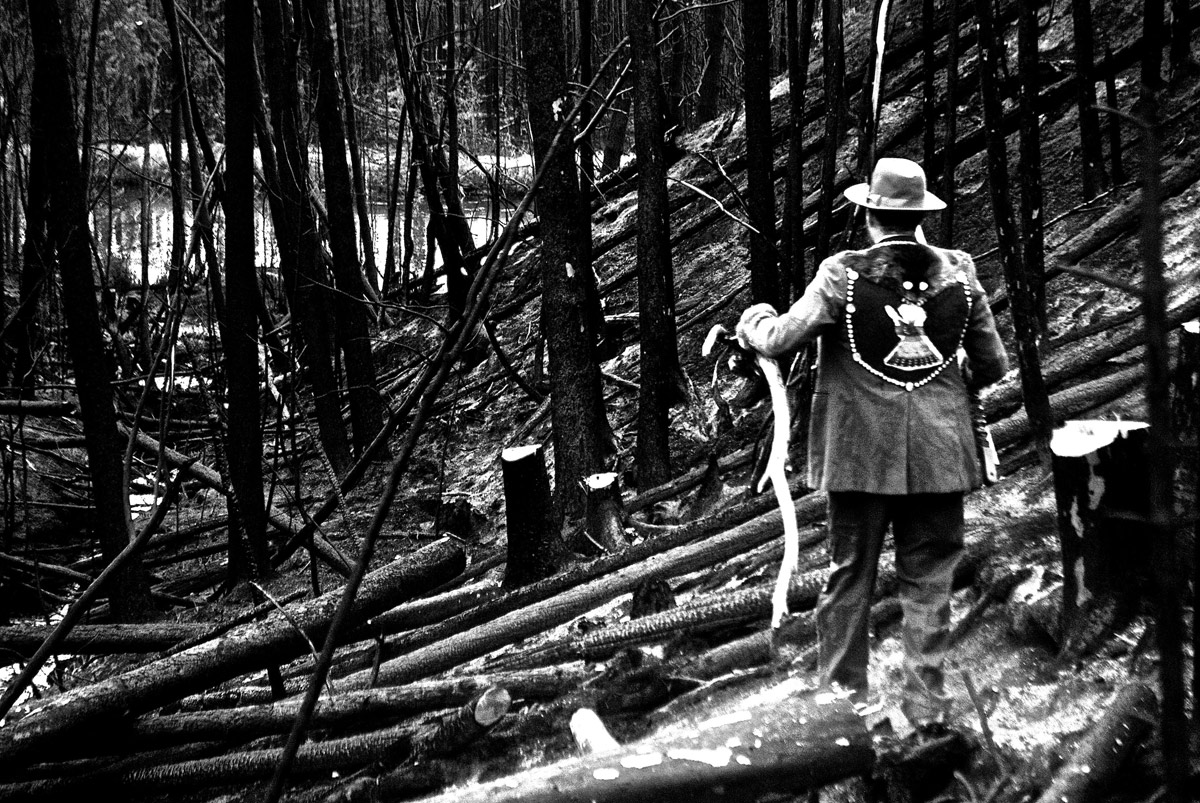